A Widow Taught Me 4 Ways to Recover from a Layoff

I recall a story about a woman, whose husband was killed mysteriously. After his death, the woman had to secure a way to care for her two sons. She also faced the threat of social services removing them from the home if her financial condition did not change.

Without anywhere else to turn, the woman contacted her husband’s friend for help. Instead of giving money, he asked her to identify her possessions. She said, “The only thing I have left is some gourmet olive oil that I used to make my husband’s favorite meal.” He replied, “Great! Now, get as many jars as you can. Don’t just look around your house, but ask your neighbors and friends. After you collect the jars, fill them with the oil.”

She thought this plan was strange, but she followed his instructions.

Once the task was complete, the woman returned to the friend and asked for next steps. He said, “Sell the oil and pay your bills. Afterwards, there will be enough money left over to support you and your sons.”

I have heard a less modern version of this story many times, but it wasn’t until my layoff that I discovered the widow’s story could teach me four ways to recover from it.

My first layoff left me feeling devastated and embarrassed. I wore those feelings like a Badge of Shame, which hindered my ability to ask for help. During that season, I learned that I had a community of people who were willing to support me, but I had to make them aware of my need. The bottom line is, “we have not because we ask not.”

When the woman requested help from her husband’s friend, she didn’t define the type of help she needed. Although most people would think she was asking for money, I believe her ambiguous request suggests she was open to receiving any help he was willing to provide. Through her openness, she received wisdom, instruction, and coaching which are far more valuable than the small disbursement she may have received if the friend had given her monetary support.

During my layoff, I wasn’t open to coaching. My ego and pride made me believe that I could work things out by myself. Also, I thought professional coaches were only trying to sell me pipe dreams. I was wrong.

When I finally recognized my faulty logic, I secured coaching from a trusted friend, and the result of that counsel helped me to regain stability. Like the woman in the story, I now had a plan, a strategy, and new opportunities that I had not previously considered.

The woman received coaching; then she took immediate action. How often do we receive solid advice, but fail to execute? During my layoff, I remember receiving many gems that could have transformed my situation. Rather than trust the advice, I chose to overthink and over-process the information. I have learned that sometimes you must move to action even though it means operating outside of your comfort zone.

The woman took what she had and transformed it into something useful to others. This single act enabled her to create a revenue stream and potential business.

A layoff has an incredible way of forcing you to look inward for answers. It helped me to realize that I already had what I was seeking. Using my gifts, talents, education, and professional skills I created Liberated Expressions, LLC. However, before starting the business, I provided styling services for women with natural hair. I knew that securing a new job or becoming an entrepreneur would take time. Therefore, I used my styling talent to immediately bridge the gap between my current condition and my next destination.

The widow’s story demonstrates that the tools you need to recover from a layoff are all around you if you are willing to look, to be open, and to act.

Layoffs can be difficult. You don’t need to go through it alone. Liberated Expressions can help.

Thank you for reading this installment of “If You're Wondering Where You Fit on Your Job; Chances are You Don’t.” This series is designed to help professionals work through the confusion, frustration, and embarrassment of a layoff.

I and several of my friends have been through the experience. Blair Dottin-Haley, Founder & Creator of The Blairisms, is one of them. The Blairisms is an inspirational lifestyle brand that captures Blair’s original affirmations, meant to inspire, and create moments of reflection and laughter to strengthen individuals and communities. Blair first shared his affirmations on a dry erase board outside of his cubicle. After his layoff, he got busy and turned them into a business. Blair’s story speaks to the mission of this series and my company, Liberated Expressions. The synergy between the two businesses produced a collaborative opportunity for this series to carry a title derived from a Blairism. Please visit us at www.liberated-expressions.com and www.theblairisms.com

Dr. Johnette Ruffner-Ceaser is the Founder & CEO of Liberated Expressions, LLC. Dr. Ceaser has served as a progressive nonprofit executive, with over 16 years of leadership experience managing local and nationally recognized education programs. She created Liberated Expressions from her journey to personal and professional freedom. She uses the lessons from her voyage to do transformative work in communities across the country.

The Table of Sisterhood 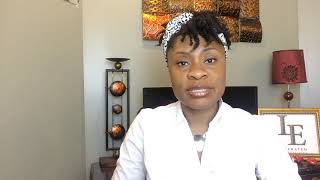 4 Ways to Discover Your Superpowers in a Resume 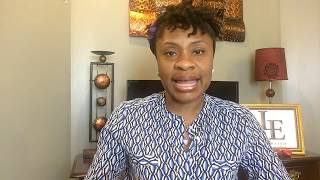 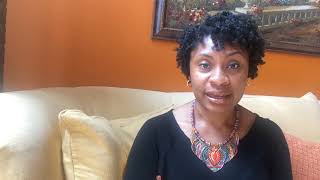 The Spectrum: Job vs. Work